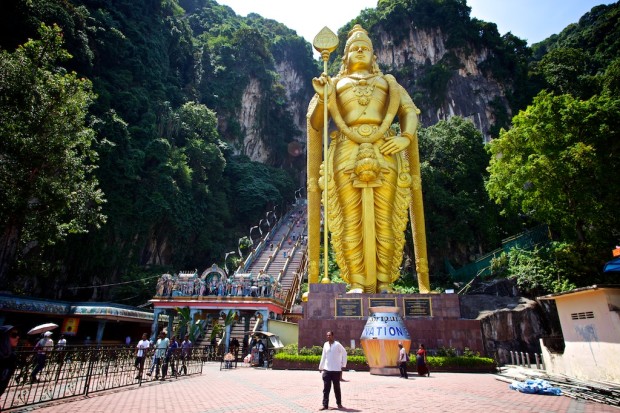 The first leg of our Kuala Lumpur, Malaysia trip was spent resting as Angelo was rehabilitating from an illness since Vietnam. Therefore many of the tourist attractions for us was cool air-conditioned mega malls and our hotel room. When Angelo was feeling better we ventured out into the scorching Malay heat to visit Batu Caves. These set of large cavernous limestone formations took over 400 million years to create, and now have been used over the past 100 years as a Hindu shrine. At the outside of the the caves there is an impressive statue of Lord Murugan – whom the temple is dedicated to. 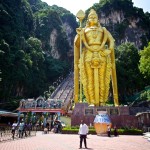 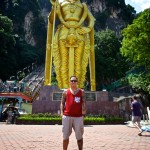 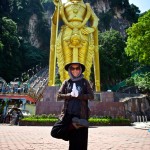 There is no entrance fee to the cave, but there are donation boxes spotted throughout if you feel compelled to. In Kuala Lumpur there is a large Indian population, there were many there wearing their beautifully colored saris’ and gold jewelry. Many babies had their ears pierced and were wearing ankle bracelets that clanged as they walked around. There are 272 steps to the entrance of the cave. My theory is to get to the top as fast as possible then take a break. As I whirred by, many people were huffing and puffing their way along then taking short breaks to look back behind them to enjoy the city view. I waited at the top for Angelo to join me ( he of course taking photos ) while catching my breath and wiping the dripping sweat off my red face. There are paintings and shrines throughout the cave entrance. So colorful are the statues and depictions from the Hindu religious texts. Once you enter the cave your are greeted by a cool breeze. There are many birds inside the cave as well. As you walk back into the cave there are another set of stairs and at the top is an open area that houses a temple and other shrines as well. 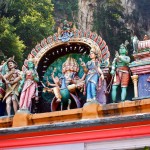 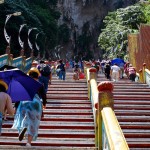 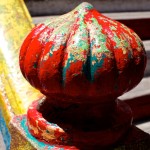 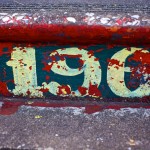 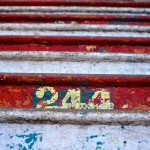 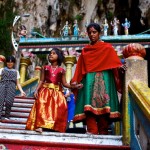 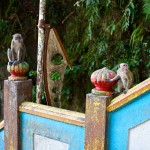 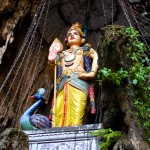 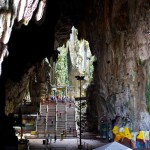 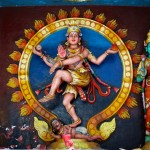 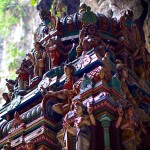 Shrine in the cave 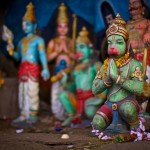 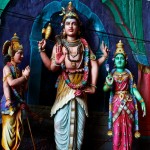 As we descended the cave we watched as tourists played with and observed families of macaque monkeys. We kept our distance from the primates as they can be territorial and aggressive. There is another cave about halfway down the stairs called the dark cave. You have to pay for a tour to visit because it is in the dark, but I guess there are really cool spiders and bats inside.

After visiting the large and most popular Batu cave we decided to pay for entrance into an art museum just adjacent to the caves that has a small entrance fee, I believe MYR 15. You walk across a platform overlooking a pond with koi fish swimming about. There were several peacocks walking about the open area where we noticed there was a stage and chairs facing it. On a board on the stage it announced the next show was soon so we sat down and waited. After the dance show (we were the only two watching), which was ok, we went to the art cave. All I know is that there was depictions from the Hindu religion throughout the museum. There was another cave that had more art inside, but after taking a few steps inside it smelled horribly of cat piss. So we left. 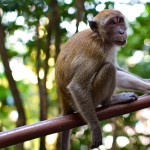 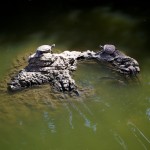 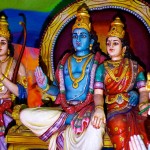 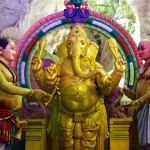 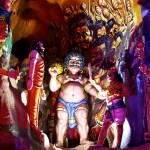