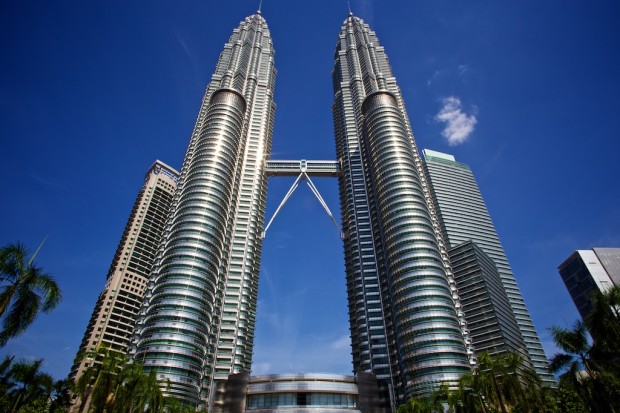 Petronas Towers are the tallest twin towers in the world, and for a short while were the tallest buildings in the world. A staple of the Malaysian horizon these two buildings are an architectural feat that are a must see if visiting Kuala Lumpur. Not to mention that it has a very nice mall, Suria KLCC within it. The malls in Asia are crazy big, but I think that Malaysia has the biggest we have seen. One mall we visited had 10 floors!!! We pooped out after floor 6.

We decided to walk to the towers as it was not very far from where we were staying in the city. On the way we dropped by a Buddhist temple that had three lovely golden Buddha statues inside. 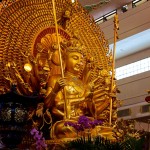 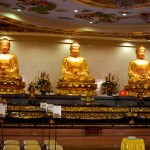 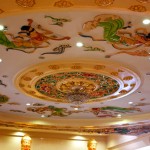 After that, we headed to the towers where Angelo took some pics outside in the blazing heat (as I was hiding playing with tiny jumping spiders). Please notice the walkway that connects the two towers, this is on the 41st and 42nd floors. We did not go up the towers as it was MYR 60, about $20.

We returned later one evening so that Angelo could take pictures at night. I hope you enjoy! 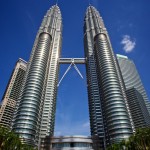 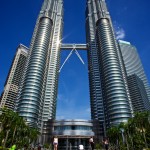 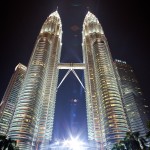 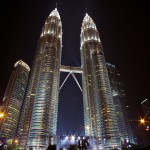