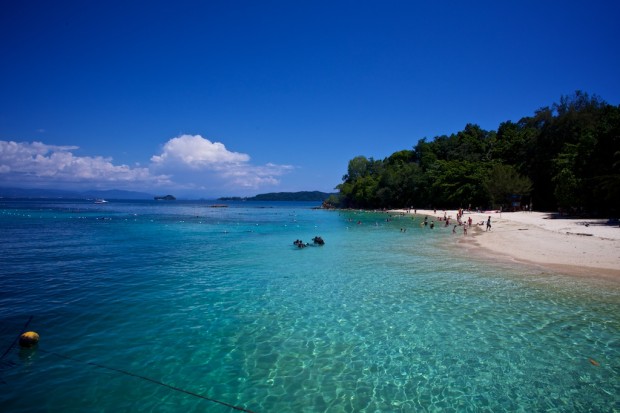 Pulau Sapi (cow island) is located off the coast of Kota Kinabalu in Sabah, Malaysia on the northern tip on the island of Borneo. Ok, that was confusing.  Anyhow, we flew to KK from Sarawak to meet up with Angelo’s parents for 6 days. One of the highlights of our visit was taking them to Sapi island, a short boat ride from our hotel (right near the jetty). I had picked out Pulau Sapi because I heard it was a good island for snorkeling/diving, but also because two other people who lived in Kota Kinabalu had suggested it.

To get to Sapi you must charter a boat from the Jesselton Point Ferry Terminal. I read on some website that you can negotiate rates and can get cheaper rates if you go to the agent far from the door. With this knowledge I was able to get us a boat ticket (roundtrip) for 18 MYR each and snorkeling gear for 10 MYR each. The boat ride was quick (15 mins maybe), partially because it is close to the mainland and partially because the boat driver hauls ass. Don’t sit in the front if you have a bad back. There were several plastic bottles dotted in the ocean as we cruised on over to Sapi. This is always frustrating to see such beautiful waters polluted.

When we arrived at the island we paid an environmental conservation fee for 10 MYR each. We settled down on the crowded but white sands near the front and put our gear on to snorkle. I found the water to be pretty salty and there was no waves so I felt it was ok without fins. There was so many zebra fish right near the shore. So excited to swim in the ocean and be in such clear water. Angelo and I felt like it was summertime finally! As you swim out more there are large coral reefs and bigger fish that swim with you. There were black fish, bright teal, red, blue and green, so many colors. I wish I had an underwater camera to take photos to show you.

After snorkeling a few times and enjoying the sun for a few hours, we headed back to the mainland around 2pm. If you are a diver or snorkeler, I would suggest Borneo because there are so many islands to swim in clear water with lots of marine life. 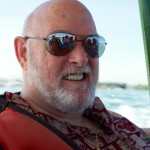 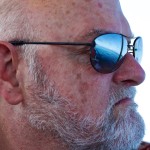 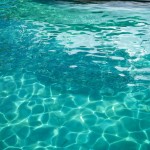 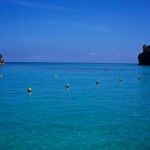 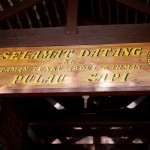 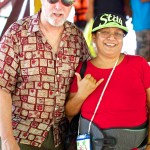 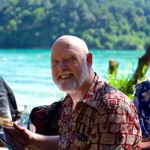 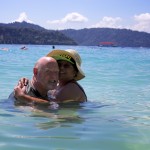 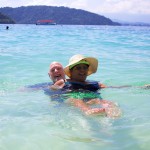 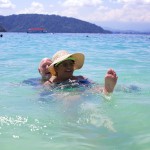 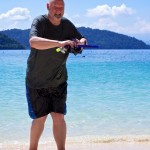 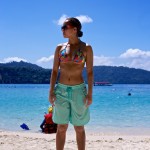 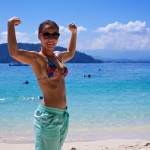 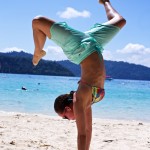 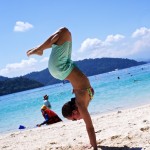 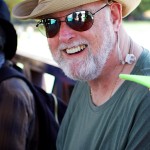 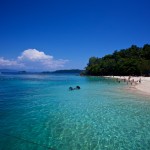 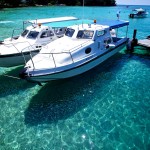 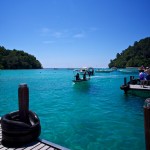